OK this is my test since I've never written a blog before. My prior posts were actually emailed to Nate and he published them for me so here goes:
Training is going pretty well. I think I'm a little behind last summer at this time due to a strained ab muscle and a few other things but I'm feeling good now and hoping I can have a good fall. I did intervals yesterday with my new heart rate monitor - yes, I guess I am a technology resistor - and was surprised that I could not get my HR above 170. I'm either a wimp or I have a low max HR. Regardless, I figured that today should be a recovery day. I lifted weights in the AM and this afternoon went out for a relaxing skate in North Oaks, throwing in a couple of pick ups. During one fast pickup on the flats I flushed an owl. A big one. As I watched it take flight right in front of me I noticed a snake dangling from it's beak. Most of my memorable wildlife sightings are great all around experiences but this one left me with a puzzling combination of awe and eww.
Posted by Cheryl Senechal DuBois at 10:21 PM 1 comment: 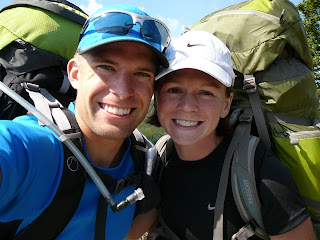 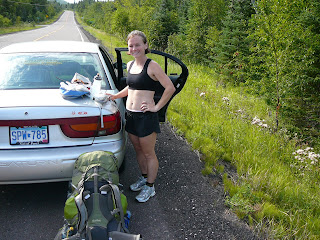 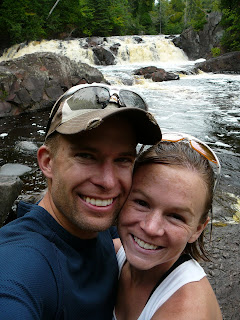 I should have full results from the TT later today.
Posted by Nate at 2:44 PM 1 comment: