Half My Life: A Comparison Between Now and Age 16


At age 32, one of my patients said, “you look like you are 16.” Indeed, I get that a lot. It’s not many ages a person can be and yet be mistaken for exactly half that age. When I reflect back on being 16, I don’t recall thinking much about what my life would be like when I was 32. I suppose I figured I’d have some sort of career, and if lucky, married, and maybe even have kids!
I don’t think much about being 16 now that I’m 32 but there is one aspect of my life that makes me think a lot about being 16: running intervals on the track. It was at exactly half my current age that I first began running. Really running- as in, for more than just a mile at a time. And when I began running, I began intervals on the track. And running for miles and miles at one time. And this was my segue into the endurance world.
Therefore I’ve been running, and hence doing endurance sports, for exactly half my life.

I entered into the endurance world innocently enough at 16 when I joined track and thought I’d be a mid-distance runner. But I was too slow and so the coach had me run the mile, then the two mile, and I was hooked on suffering. Well, kind of hooked on suffering. I became more hooked on the idea and ability of my body to travel great distances by foot. This gave me confidence, purpose, direction.
In my early teens I hungrily read Seventeen, YM,  and Teen magazines. I wanted to be beautiful and popular. When I came across something I really liked in these magazines, I ripped out the pages (similar to what I do now with Better Homes & Gardens magazine). So somewhere along the line, even though I hated running, I tore out a story called something along the lines of Getting on Track (I tried googling to find the actual article but was unsuccessful) about a girl who joins track and starts running the mile. She of course meets a boy in track, but along the way becomes much more self-confident. Even though I hated running at the time, I was fascinated by this story, whether fiction or nonfiction, and I kept that story for years and looked at it or re-read it frequently. This article likely had some effect on me joining track, especially since I kept it in my bedside drawer for 2-3 years before joining track. 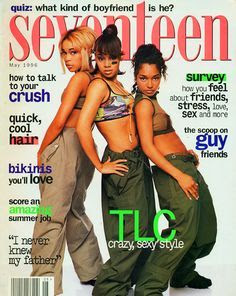 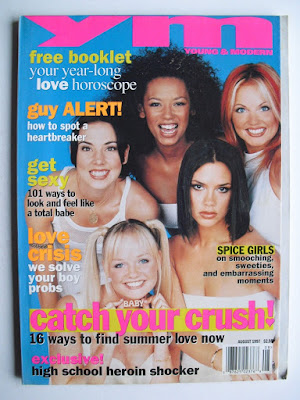 Running is about more than running fast and racing. It is about being outside, engaged in the natural world, discovering new places, running trails. Running is almost always the best on the easy days when the breathing isn’t so labored and I can appreciate all these finer things about life and my world. When I was in my early teens reading teen magazines and saving stories about joining track, I didn’t feel terribly satisfied with me. While Getting on Track did mention the self-confidence obtained from running, it hinted at the more subtle concept of belonging. I often struggled to feel belonging, but as soon as I joined track I belonged with the other distance girls. These were my people. There is something so grueling about distance racing that bonded us. Since then I have belonged to a group of endurance people. I have found a sense of purpose in my running goals and hence a belonging. But mostly, I’ve found a belonging on the trails, on the streets, on the track, running along with my thoughts.

As I’ve returned to the track almost every week this spring and summer, I’ve been thinking a fair bit about my first season in track and thought it would make a good blog post to compare and contrast my running now and 16 years ago. It seemed I needed some kind of objective comparison to my running between then and now. My PRs in track all came when I was 16 and I had been getting much slower until I started doing intervals a few years ago. Last year, at 31, I felt the strongest I’ve ever felt in my life, although not the fastest. At 32 I don’t feel any stronger, but I also don’t feel any less strong.
While I still would love to break a 6 minute mile, my intervals and 400 repeats indicate this likely is not possible at this time. Last year I thought about benchmarking with a 2 mile, which given it is twice the distance, better suits my aging body:) The real motivation to do this 2 mile time trial came when I decided to write this blog post. And so sometimes writing a blog can be a real motivator!
Of course I naturally put off this test until it had been 2+ months since my last blog post. I usually run intervals by myself on Thursday mornings, the day after a hard Vakava workout but thought this wouldn’t be ideal as I’d be doing the time trial solo. I thought about jumping in a Twin Cities Track Club race, but these were all on Wednesday evenings, the same time as Vakava practice. And I thought about doing this on a Saturday morning with Erik (who could run with me and yell encouragement and splits) but that’s our long run day and I didn’t know that I wanted to do both on the same day. Then we went on a trip to the mountains so I didn’t do intervals for a couple weeks. So, finally one week when I started thinking about what to do for my running intervals and thought about hill repeats but wasn’t particularly psyched for this workout, I decided on the 2 mile, or more precisely, the 3200 meter, time trial.
I’ve had a few objective measures of my running performance this year: as part of a tempo workout I ran back-to-back 2 miles in 15 minutes with 5 minutes rest and I did a 4 mile hilly road race averaging 7:19 minutes per mile. But neither of these were on the track and the 2 mile was a tempo workout, not an all-out effort. Based on these times, I kind of made this goal of running sub-14 minutes. I had doubts I could PR, partly because I did a long L3 rollerski workout the night previous with Vakava and because this was not an actual race (although it should be noted that my best 2 mile times at 16 were preceded by PRs in the mile 2 hours prior).
In preparation for this 2 mile, I wanted to run a mile on the track first. I did this one day where my goal was to run a steady 7 minute per mile pace through 3 laps and then go faster on the last lap to clock in a 6:53. While this wasn’t too shabby, I followed up this mile with my first two sub-90 second 400s since high school! That made me think I could probably go sub-14 minutes.

So early on a very warm September morning I ran over the the Macalaster track and did my solo 3200 meter time trial. I started ridiculously fast around the first corner and quickly reeled it in. So I wasn’t surprised my first split was a tad fast and that I was already breathing hard. And wow, but I was breathing relatively hard for the first mile. Besides breathing hard and knowing I still had a ways to go, the first mile wasn’t terribly difficult. At the start of my fifth lap I tried to focus on my breathing on the corners (trying to breathe in deeply) and focus on some good push-off technique on the straightaways. After a lap of this, by the start of my 6th lap, I was simply breathing too hard (2:1 breathing meaning breathing in for 2 strides and out for one) that I couldn’t change my breathing pattern or focus on technique. Indeed, looking at my Garmin, with over 5 minutes to go my heart rate got to and stayed above 165 (92% of my max) and hence I was in the anaerobic zone. It’s fun to notice the 2:1 breathing with running that doesn’t quite work out when skiing. I really wanted to quit at the 2400 meter mark but told myself I’d come too far and just needed to suffer for another 3 minutes and 30 seconds and this would be over. Somewhere between 7:30 min/mile pace and 7:00 min/mile pace, I lose my shit transition from L3 to L4 and hence, by 10 plus minutes into an L4 workout, I’m breathing really hard. So I held in there and by the last lap the finish was close enough in the future to keep going. I took it as a good sign that I had maintained my pace for 3 laps after my mile split. I tried to speed up my last lap to make it under 14 minutes and do some kind of kick. I was breathing really hard and hoped I wouldn’t pass out!
Here are the 400 meter splits. The normal font on the left are the goal cumulative 400 meter splits; times in italics are my actual times; in parentheses are how many seconds faster or slower I was compared to the last lap.


Erik said in regard to my time, “you can do better than that.” And judging by my max heart rate of 174 for the effort, I should be able to do better as my max heart rate is closer to 180. But this was an individual time trial in every sense of the word- I was the only one out there, this was self-timed (including my splits)- and so likely with some competition I would have pushed harder.
So how does this compare to my 16 year old self? My first ever 3200 meter I did in 14:14 and a week later 14:07. From there all my other races were sub-14 minutes ranging from 13:56 to a PR of 13:34. I’m not sure I ever broke 14 minutes my Junior year; I have no record of my times from that year and suspect it was because they were so slow. My senior year I ran a few races in the 13:50s and at least 3 over 14 minutes. Given all this, I would say that at a distance of 2 miles or greater, I am at least as fast as my high school self and probably faster the longer the distance.

While I was able to negative split at age 32, I’m pretty sure I did quite the opposite by a large margin in most of my high school races. It was not uncommon for me to run 6:30 for my first mile and 7:30 for my second mile. That’s not very consistent. One nice thing about an individual time trial compared to a race is that I can manage the pacing much better.
I would love to ski race my high school self but the reality is not only do I not remember my times, or the courses (I was fortunate to only very rarely race on man-made loops) but the times are completely irrelevant owing to constantly changing snow conditions. But the track, with its precise distance and relatively consistent conditions, allows for this test.

It would be interesting to try to shatter my 4 km cross-country time from high school. My PR at that distance was 18:20 which breaks down to 7:22 min/mile. It might be hard to find a 4 km cross country course though. I have quite a bit going on this fall and not too many goals for next year...so maybe next year!

Posted by Elspeth Ronnander at 8:07 PM No comments: